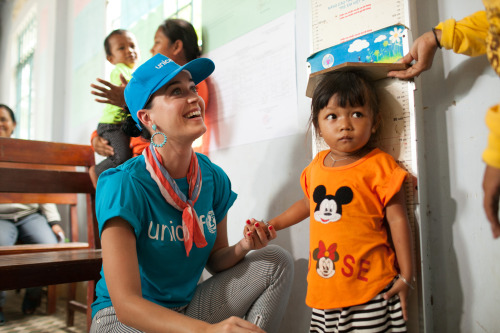 Global superstar Katy Perry will receive the Audrey Hepburn Humanitarian Award for her work as a UNICEF Goodwill Ambassador in support of the world’s most vulnerable children. She has served in this role since 2013, with a special focus on engaging young people in UNICEF’s work, traveling to some of the poorest and most remote regions in Madagascar and Vietnam to bring awareness to UNICEF’s child protection, education and health programs.  In December 2015, at the time of the United Nations Climate Change Conference in Paris, she recorded a unique weather report to call for action on climate change and bring attention to the devastating effects of the phenomenon on children. In October 2013, she joined in UNICEF’s celebration of the International Day of the Girl Child, lending her hit song “Roar” to the soundtrack of a new PSA to inspire girls and help them become tomorrow’s champions. Through her continued work with UNICEF, Perry is a tireless champion for children, working to improve the lives of children and adolescents around the world.


Posted in iheart Katy perry and tagged Katy Perry Fansite by cnkguy with no comments yet.